Day 2 had a bunch of really nice problems with more advanced techniques required to solve them. Problem 6 is also hard and I will be writing it up at a later time.

Problem 4: A site is any point

in the plane such that

are both positive integers less than or equal to

Initially, each of the

sites is unoccupied. Amy and Ben take turns placing stones with Amy going first. On her turn, Amy places a new red stone on an unoccupied site such that the distance between any two sites occupied by red stones is not equal to

. On his turn, Ben places a new blue stone on any unoccupied site. (A site occupied by a blue stone is allowed to be at any distance fromany other occupied site.) They stop as soon as a player cannot place a stone.

such that Amy can ensure that she places at least

red stones, no matter how Ben places his blue stones.

Solution 4: The given condition is equivalent to placing knights on a chessboard, with one party blocking a space every other turn. It is well known that on a

chessboard, you can place

black squares in the

rows, and this is easily discoverable by playing around with placements a for a bit. Thus, if Ben blocks a placement every other turn, we can only place pieces on half of the squares described above, so for the case in a

board, we conjecture that

It remains to show that

is indeed impossible. To do this, we show that

, or that Ben can play in a way such that Amy can only place at most

stones. To do this, we study the 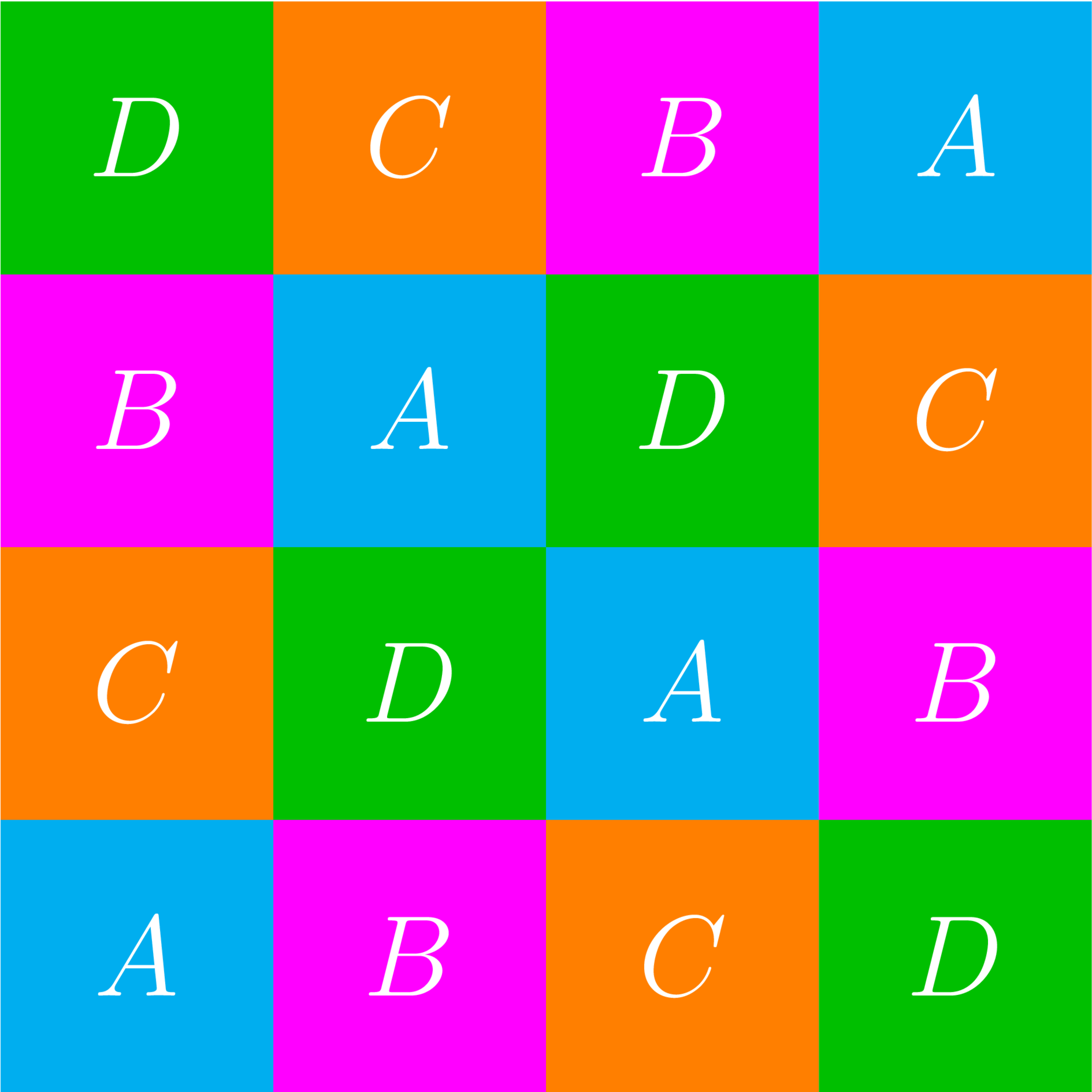 If Amy places a stone in

, Ben will place his stone in the opposite corner of

. This ensures that Amy can no longer place any more stones in

regions per grid, Amy can only place

stones per grid. Thus, Amy can place at maximum of

stones if Bob plays in this manner and we are done.

be an infinite sequence of positive integers. Suppose that there is an integer

such that for each

is an integer. Prove that there is a positive integer

Solution 5: The key to this problem is to use a size argument on

-adic valuations to guarantee convergence of the

must be an integer because the two sums are integers. Let

. This is the standard

-adic valuation. Note that because this difference is an integer, its

-adic valuation must be non-negative. This is a fact that will used repeatedly.

Now for all primes

This entry was posted in Math. Bookmark the permalink.